Question: An astronaut in her space suit has

An astronaut in her space suit has a total mass of 87.0 kg, including suit and oxygen tank. Her tether line loses its attachment to her spacecraft while sheâ€™s on a spacewalk. Initially at rest with respect to her spacecraft, she throws her 12.0 - kg oxygen tank away from her spacecraft with a speed of 8.00 m/s to propel herself back toward it (Fig. P6.29). (a) Determine the maximum distance she can be from the craft and still return within 2.00 min (the amount of time the air in her helmet remains breathable). (b) Explain in terms of Newtonâ€™s laws of motion why this strategy works. Figure P6.29: 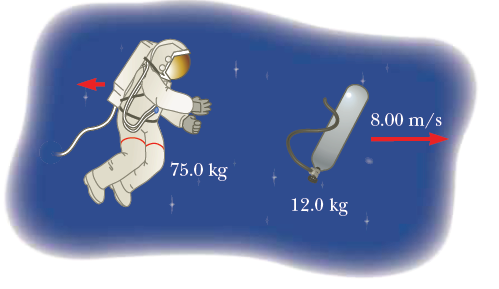