Question: As player salaries have increased, the cost

As player salaries have increased, the cost of attending baseball games has increased dramatically. The following histogram visualizes the total cost (in $) for two tickets, two beers, two hot dogs, and parking for one vehicle at each of the 30 Major League Baseball parks during the 2016 season that is stored in BBCost2016 . 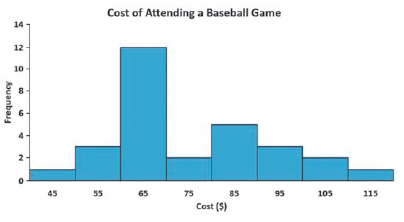 What conclusions can you reach concerning the cost of attending a baseball game at different ballparks?

According to the MSCI 2016 Survey of Women on Boards, women